In vertebrates , birds are the unique family to have the feathers. They have been thought of a evolutionary change when Aves came from Reptiles. The Feathers were the growth of epidermal cells like that in the reptile scales. They cover the entire body of the bird except feet and beak. The primary function is to provide insulation from both heat and cold. That is why even the flightless birds also have feathers. the fact that they are light but strong and have a aerofoil  capability makes them ideal for flight too.

Feathers are made up of dead protein called KERATIN.  This grows within the skin follicles. The feathers grow in groups or in line called tracts.

It is estimated that a bird depending on its size can have from 3000 feathers  (Sunbirds) to 20,000 feathers ( Geese & Ducks). These feathers can weigh upto 3 times as the skeleton of the bird 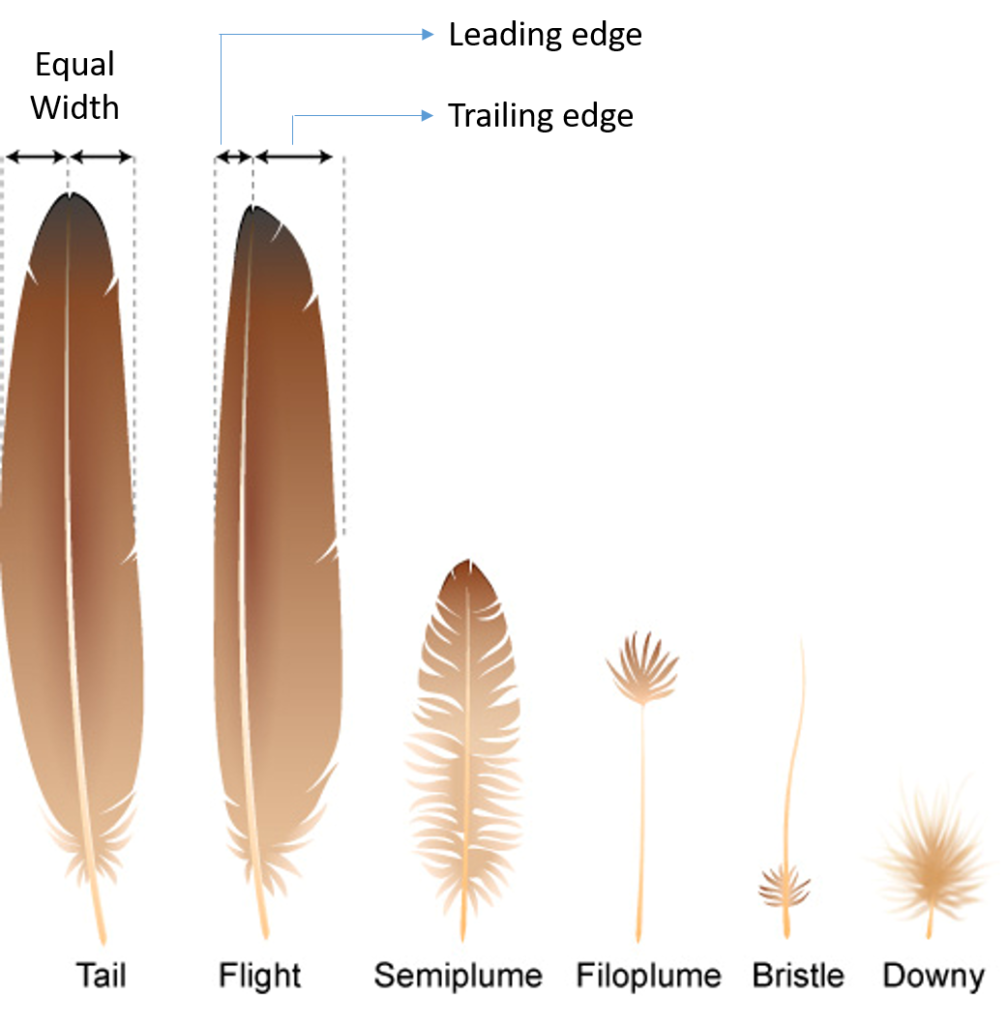 Feathers can be classified basis the rigidity of the central shaft RACHIS.  Those with stiff RACHIS are VANED feathers and those with soft RACHIS is down feathers.

VANED Feathers : They are feathers with rigid RACHIS . There are 3 types of VANED feathers

The Flight feathers are explained in detail in  http://ogaclicks.com/wordpress/wing-theory/

These are round short fluffy feathers without BARBICELS and BARBULES. The BARBS float around freely thereby trapping air and thus making them good insulators. They are found on entire body of the bird under the CONTOUR and SEMI PLUME feathers. They are called the inner feathers as they are generally not visible from outside, They are further classified  basis the life stage or part of the bird where they occur 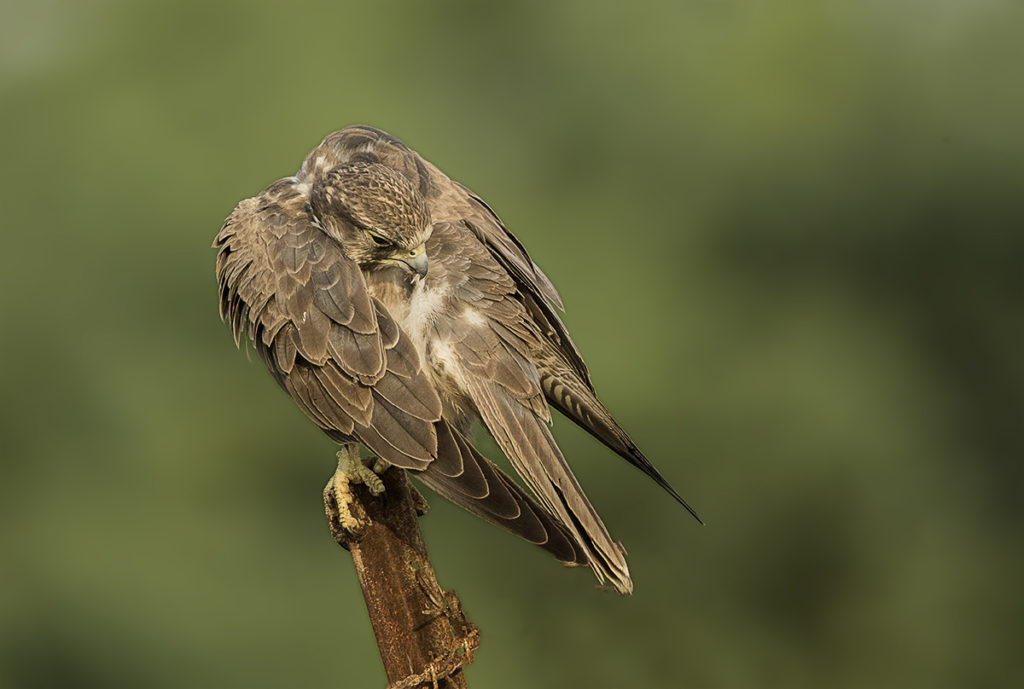 POWDER DOWN : These are special feathers that grow continuously. The end of the BARBS crumble due to aberration and become powder that infiltrates through the feathers and coast the skin. This coating acts like the waterproofing  and anti-bacterial agent. This is very common in birds that lack the preening gland like many water birds, Bustards , parrots etc. They usually are present in belly, breast and back

Thus Birds being the only vertebrates to have Feathers make use of the different type of feathers to fly and insilate themselves. One more of natures amazing engineering feat.