The Mating process is completed  with the Male putting his genetic material as sperm in the reproductive tract of female. This process is also called Copulation. The mammals have a specific reproductive organ while the Birds have a common tract for excretion and copulation. This is called COLACA. The mammals balance themselves on the hind legs while mounting the females during the process but in birds the males have to mount on the female by placing their legs on their backs and lifting their tails so that the CLOACA can come in contact. This is why the copulation is very clumsy and gets over in seconds. 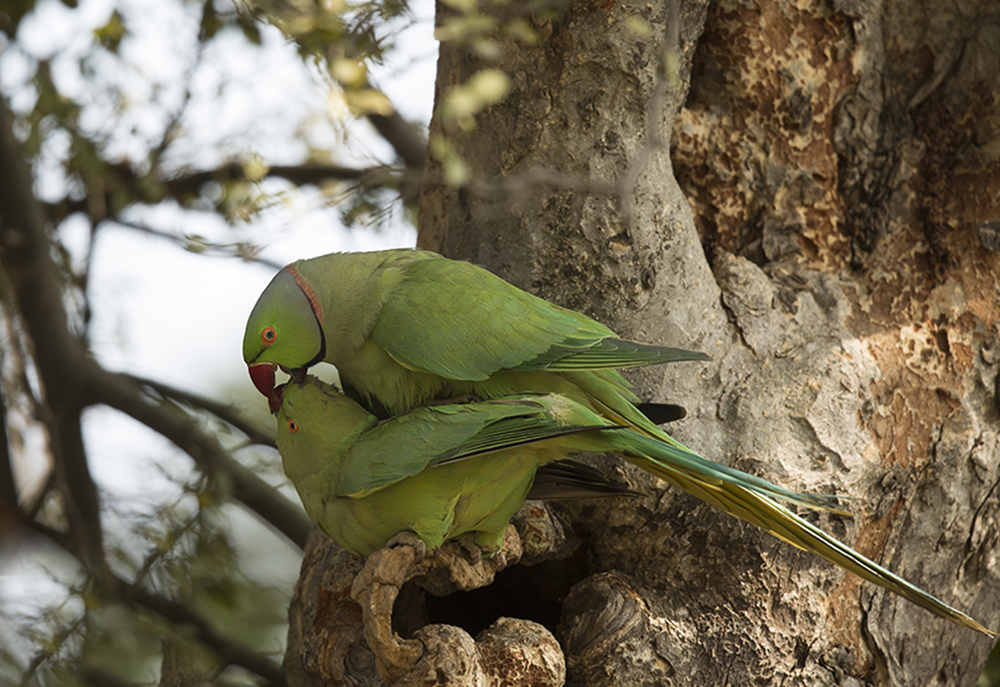 To attract the females the males will try various methods like Singing, Displays & Dances, and House building, bringing gifts and feeding. ( for more on this rituals  in detail  pls visit  www. ogaclicks.com/wordpress/mating-in-birds-part-ii-wooing-the-partner )

Once the female agrees to be mounted the male climbs on her top. The copulation usually happens on land for most birds, Some birds like Swallows mate in mid air.

But in case of some ducks and Geese  it happens in water . The male duck pushes female into the water and submerges her in the process. This is also called Forced Copulation. 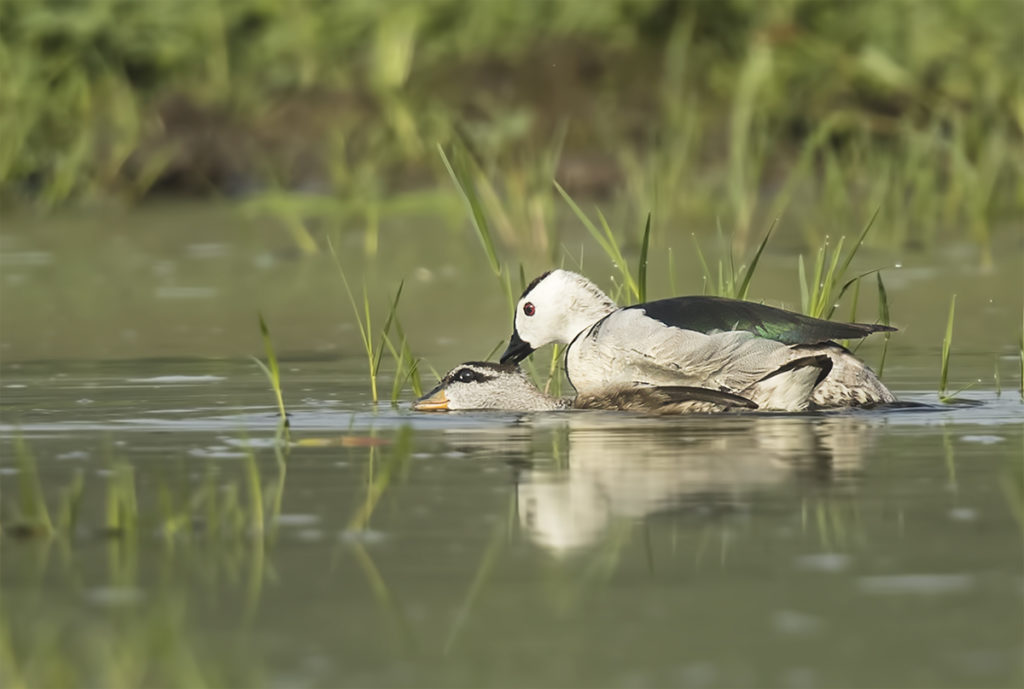 Once the copulation is over and the male has passed on the genetic material into CLOACA of female, the female will store the sperms from a few days  up to a few weeks in case of bigger birds. The female will always have only one egg ready for fertilization. This is because carrying more eggs increase the weight of the females body and hampers its flying ability. Similarly the male testis will also enlarge during the mating season only. This is to reduce the weight in males abdomen. So as one egg is fertilized and Laid, the next egg is produced and  the stored sperm is used to fertilize the egg. This helps the birds to lay eggs one after the other . This helps the birds incubate the eggs, protect chicks and provide food. The storing of Sperm by female birds also ensures that only one copulation is necessary to lay multiple eggs.

A few birds like Ostrich, Ducks and Geese have a male reproductive organ  that is eversible ( is tucked beneath the stomach and that can be drawn out during copulation