Incubation :
Incubation is defined as the process of a bird sitting on the egg to provide it optimal temperature to facilitate the embryonic growth within the egg. As nearly all the major development of the young bird happens outside the female body and within the confines of the egg , the temperature is critical for making this growth happen. Without incubation the embryo in the egg will seize to develop. 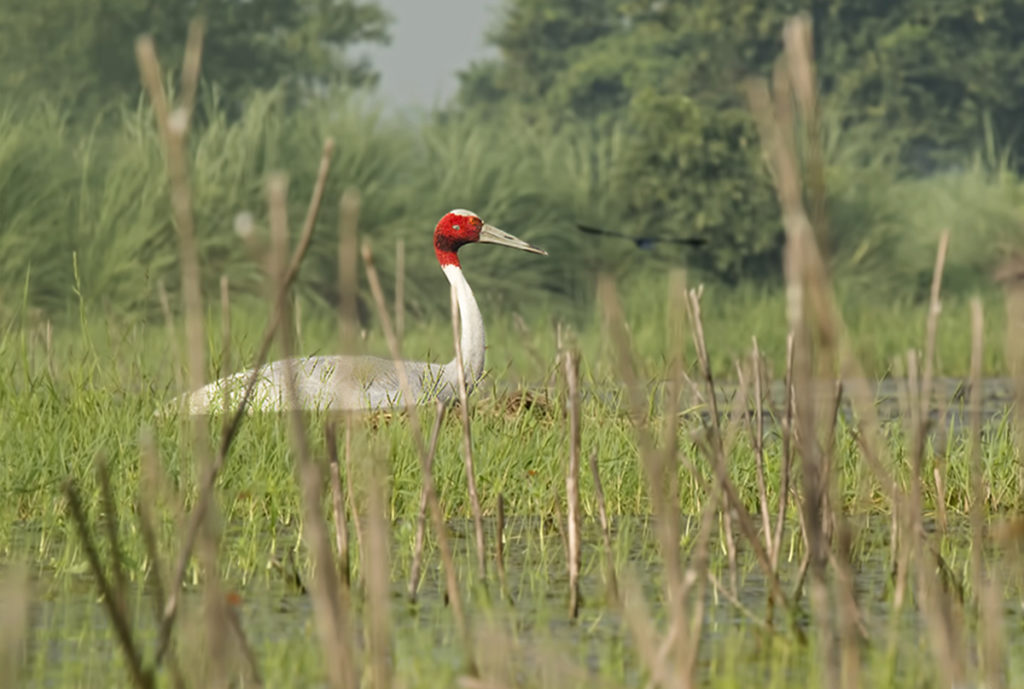 The optimal temperature for an egg for incubation is 37-38 degree Celsius. The body temperature of a bird is average 40-42 degree Celsius. All that the bird has to do is transfer this heat from its body to the eggs. To do this it has to bring its body part not covered by feathers in contact with the eggs. This is done in many different ways.

The Incubation of an egg is dependent on many factors like

The Eggs hatch in two ways

Asynchronous hatching :  The young ones emerge from the egg  a few days apart . The incubation is also done in such a manner that the egg laid first is incubated first and this  causes  the embryo to hatch first from the clutch.  The advantage is that the pressure on parent to feed the young is less and as the other eggs hatch , the brood has hatchlings of different age and different need to be catered to. It so happens that post a reasonable number of hatchlings the parent will strop feeding the young one specifically. This leads to the hatchling competing with its elder siblings  for food and in many cases dies due to “ Canisim” or “Siblicide”. This process of letting the youngest to starve to death or fight for food is called “ Brood Reduction”. The last egg is usually a back up / Insurance egg in case the earlier ones go bad or are victims of predation. This is seen mostly in Altricial chicks. The parents have less strain of looking after the chicks if they are aged differently .Also the nesting of such birds would not be in open or ground and hidden and in difficult area for predation as the constant activity in the nest would attract predation. 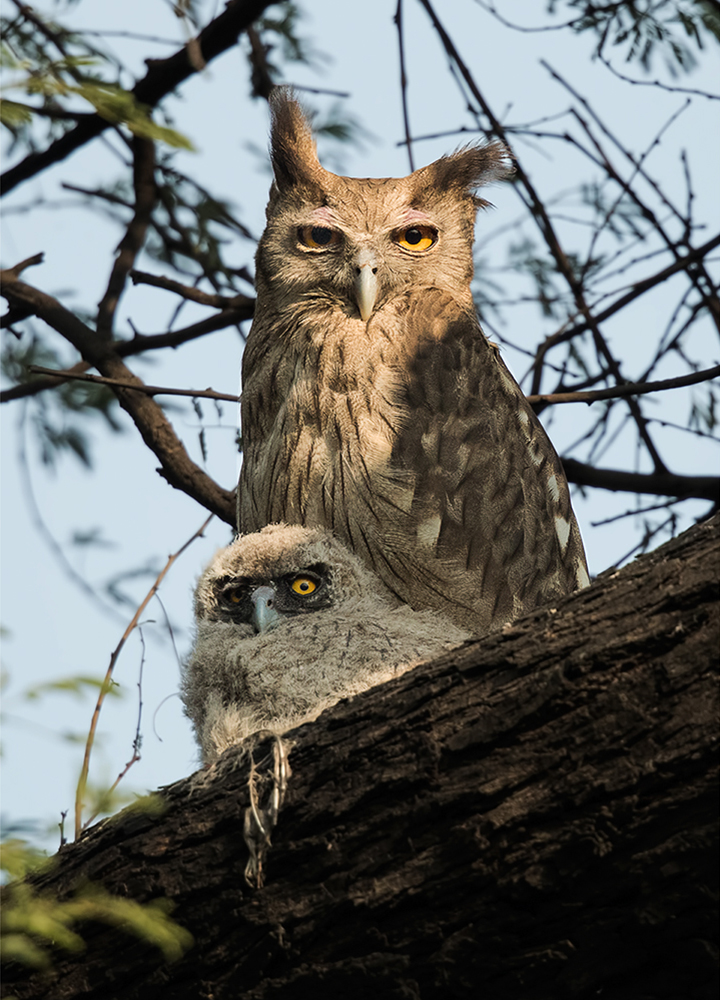 Synchronous Hatching : When the young ones emerge on the same day within a small time gap the hatching is said to synchronous. The incubation starts after the last egg is laid. The Parent sits on all the  eggs at same time. This type of hatching is seen predominantly in Precocial chicks. As they emerge mostly developed and leave the nest quickly. The parents need not bother about their food or protection and the cacophony the chicks cause during hatching is for a brief period that is usually too short for any predatory attack. In certain species the Chicks can talk to each other and decide on the day they want to come out of the egg. This they do through a series of “cluck”  sounds that are transmitted from one egg to other through vibration as they touch each other. The chicks come out together at the agreed time  from their eggs.

Cooling of Eggs : Incubation is providing the eggs with ambient temperature, but it is also necessary to cool the eggs and protect it from direct sunlight. Also the water content that gets diminished from the egg as the embryo grows has to be replaced to provide the necessary water to embryonic growth. The birds that nest in open and have a Saucer type of nest that exposes the egg to direct sunlight cool their eggs by opening their wings and turning their backs to the sun. The eggs cool in their shadows.
Some birds wet their bellies in water and sitting on the egg. This cools the egg and also the water enter the eggs to fill in the gap caused by embryo development.

Turning of eggs : Most birds will turn their eggs regularly. This is to ensure that the inner embryonic membrane doesn’t stick to the egg shell. It is also necessary to maintain the embryonic equilibrium within the egg 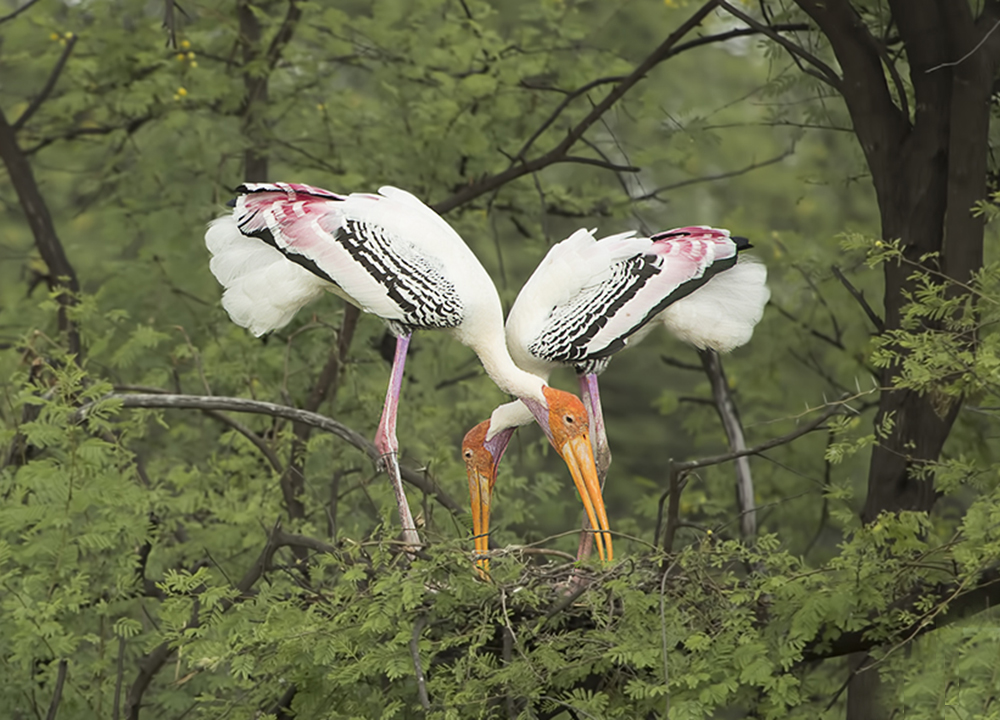 Male’s role in Incubation : In most cases the Males of the species help in incubation by either

In Monogamous species where the adult bond as a pair for at least a season the duties are divided equally between the male and female. They might take turns for incubating eggs in short intervals throughout the 24 hrs or  they can also divide the duties between night and day. ( ex Grey winged Black bird) 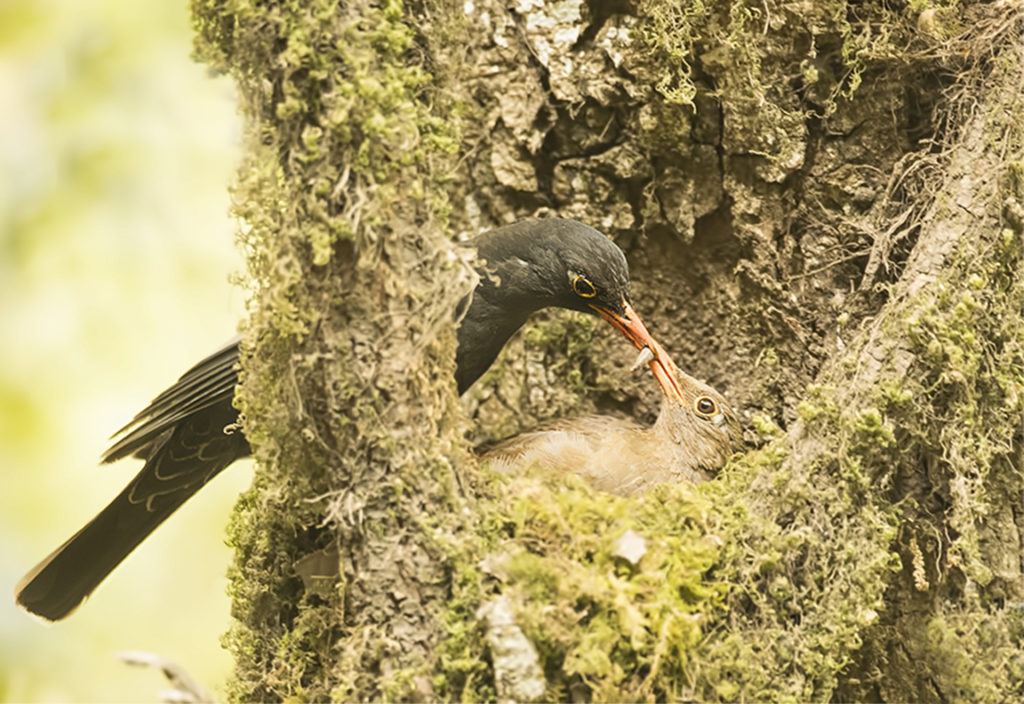 There are instances where the adults who have not mated or lost their nest to predation will assist the pair in feeding the hatchlings. This is called the “Cooperative  Breeding”. Some times the Sub adults of the same parents who are not ready to breed will also help in feeding his younger siblings.
In Polyandry also the male takes care of the brood after the female lays her eggs and leaves the nest ( ex Jacana)
The male is also responsible for cleaning the nest by removing the egg shells and faecal capsule. This is to avoid smell to attract predators.
The male also helps in feeding, Teaching and protecting the chicks . In some cases the male and female split the brood and give individual attention to each of their chicks. This is called “Brood Splitting” ( ex Cranes) 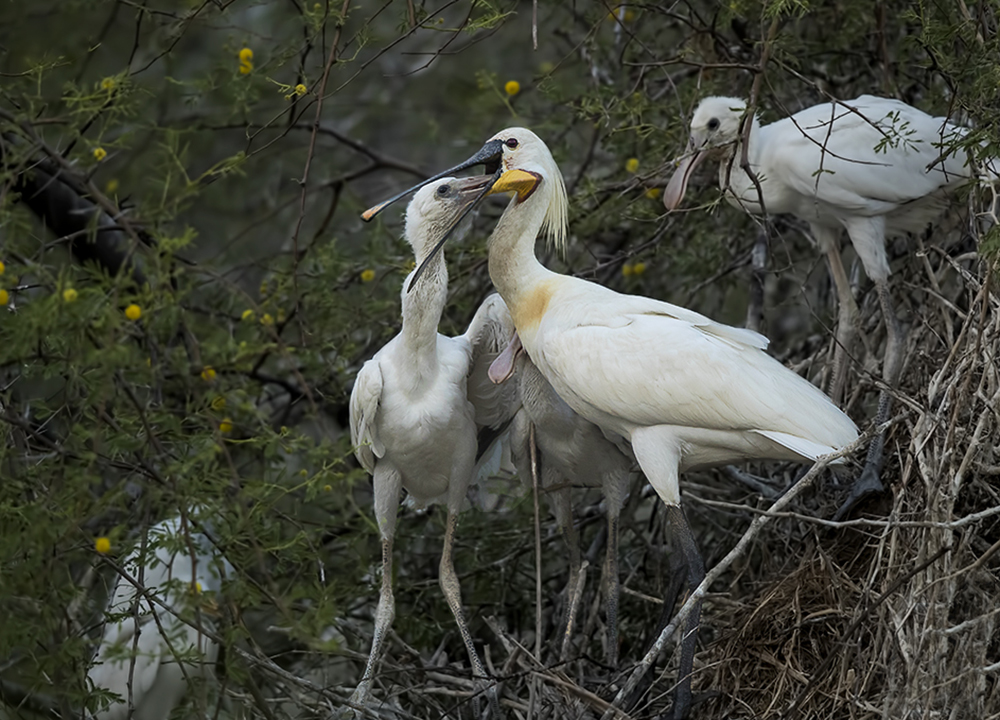 Pipping : This is the process by which the young one in the egg tries to come out of the egg. Most of the birds hatchlings have an egg tooth on their bill. This is made of Keratin. This is similar to the hook at the end of a Raptors Bill. The chick will move towards the narrow end of the egg and make a small hole from inside. The wall on the narrow side is weak due to calcium being removed from it as the embryo grows old. The time taken for the process of Pipping will dependent on the hardness and size of egg and type of hatchling. In small birds the chicks can take anywhere from 3 to 24 hrs from the first pip. In thicker shelled  egg like in ostrich or emu the bird chick inside the egg is fully developed  . It flexes its muscles , feet and wings to break open the egg. This can be seen in Bigger Precocial species like Eagles, Hawks etc.
The egg tooth gets absorbed in the beak or falls down basis the species type.

There are two types of young ones that emerge from the egg
Altricial : Highly dependent of parent for food and grooming. Takes a lot of time to leave the nest and will stick with parents even after leaving nest for a fair amount of time
Precocial : Very little dependence on parents . Grows up quickly and they leave nest early Learn survival skills very fast and moves away from parents

To understand them better we can split them into categories as

They types of Hatchings are tied into two important aspects of the bird’s environment: food availability and predation pressure.

Precociality puts a premium on the ability of females to obtain abundant resources before laying. They must produce energy-rich eggs to support the greater in-egg development of the chicks (eggs of Precocial birds may contain almost twice the calories per unit weight as those of Altricial birds). , Precocial young, having left the nest, have some ability to avoid predation, and there is a much smaller chance of the entire brood (as opposed to single chicks) being devoured.

Females of Altricial species do not have such large nutritional demands before egg laying, but must be able (with their mates) to find sufficient food to rush their helpless young through to fledging. While the young are in the nest, the entire brood is extremely vulnerable to predation and is dependent on concealment of the nest and parental defence for survival.

Interestingly, there seems to be an evolutionary trade-off in bird brain sizes related to the degree of precocity. Precocial species have relatively large brains at hatching-as since the young, to one degree or another, must be able to fend for themselves. But Precocial species trade for this advantage an adult brain that is small in relation to their body size.
Altricial young, in contrast, are born small-brained, but on the pro-tern-rich diet provided by the adults (and with their highly efficient digestive tracts) postnatal brain growth is great, and the adults have proportionally larger brains than Precocial species.

Parrots have evolved their way into the best of both worlds. They are Altricial, but the female invests in a nutrient-rich egg just like females of Precocial species. Parrots are among the most intelligent of birds; they have adopted the same evolutionary strategy as humans have. The brains of parrots are both large at birth and also grow a great deal after birth as a result of large parental investments of food energy. 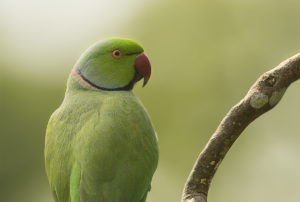